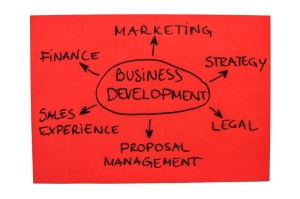 Pressure on revenues is forcing Australian firms to look overseas in a bid to increase turnover.

First of all, if I’m allowed to say, this is irony in action!

Given the number of international (mostly British) law firms that have entered the Australian legal market in the past five or so years as a result of perceived or real limitations on growth in their own domestic markets, to now be informed that one of the consequence of this action is that Australian firms now need to look overseas to grow their own revenue is, well, ironic.

More importantly – aside from being wrong as the IBIS Report clearly states that the market in Australia is growing (if admittedly at a snail’s pace) – is that it misses a crucial point; namely, increasing turnover for turnover’s sake is nothing short of a wasted effort!

But don’t take my word for it, as the prominent industry strategist and pricing expert Richard Burcher rightly points out in his comment to the link I posted to this on LinkedIn last night:

Surely it is bottom line growth that matters? And the assumption that this can only be achieved through top line growth is profoundly flawed. The application of a more sophisticated firm-wide approach to pricing can yield a demonstrable increase in revenue by on average 5% to 8%. For most firms that produces a profitability increase of 15% to 25% with the same clients and the same work. No wonder more than 50% of post merger firms report that it failed to deliver to the bottom line.

Unfortunately, however, this is not the only example of this type of legal press reporting/thinking.

follow[ed] a transition period where underperforming partners in the region [Asia] departed.

Well I happen to know a number of the partners who left DLA last year and one thing I can say with absolutely certainty is that they were anything but underperforming. More accurately, what they were was in practices that were no longer strategically aligned to where DLA sees the future of its business (something I think is made clearer in the UK version of this news). And, in a partnership sense, there is nothing wrong with having conversations like that. Indeed, they are to be encouraged.

And all of this before we even get into the very real discussion of whether or not one law firm’s growth has to come at the cost of another law firm.

My Tweets
Join 2,872 other subscribers
Follow RWS_01's B[D]log on WordPress.com