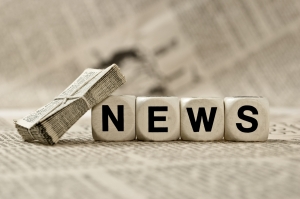 Sorry to be blunt, but what!?!

According to the Lawyers Weekly website, HSF officially merged on 1 October 2012 to open as the “largest fully integrated law firm in Asia Pacific based on number of lawyers“.

That was 3 years ago.

This begs the question: are all of the recent global law firm entrants to Australia going through the same issues?

My guess here is “yes”. Even though nearly all of them (arguable K&L Gates used US-Australia as its strategic reason for opening in Australia) made specific mention of using Australia as a springboard into Asia, pretty much none of them – to my knowledge – has a specific liaison Business Development Manger person (or higher) located in Australia who assists with joint business development activities.

As I understand it, there may be cost related issues involved in this (who pays for the resourcing – Australia or Asia). There may also be personnel issues involved.

Who knows; but the short answer is that for the life me I cannot understand how 3 years or more (in some cases) on from when the global firms arrived in Australia they still don’t seem to:

To me, this says that both the back-end and front-end operations of the merged firm are still working in geographic and practice group silos (which they most certainly would appear to be from today’s article).

Don’t get me wrong, it’s great that HSFs is seeking to more closely integrate its Australia and Asia practices. I hope other firms follow suit. I’m just frustrated that this initiative is probably about 2 and half years late!

My Tweets
Join 128 other followers
Follow RWS_01's B[D]log on WordPress.com